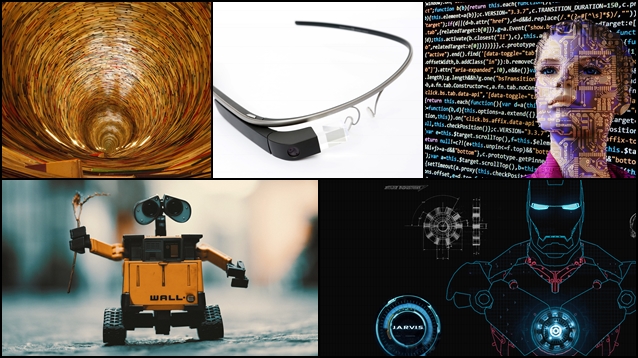 Lots happening and growing in the spheres of web development and Artificial Intelligence(AI).

Let’s see some unique trendsetters and how they are uber awesome in terms of technology and usability. These subjects by themselves are vast; We have prepared an outline for what holds for us in the future.

J.A.R.V.I.S, as in visionary artificial intelligent mind created by stark in ironman and Jarvis actuated by Mark Zuckerberg and its relatives like Microsoft’ s Cortana, apple Siri and google assistant are different forms of Artificial intelligence tools that make life easier by figuring out what the human/master tells it to do and performs them in the simplest or fastest way possible(at least in theory). Machines are still growing in technology and requires years of testing and learning to fine tune to what stark has at his assistance to what Zuckerberg has developed now.

The latest advancements of google and Microsoft are AI centric. Jarvis (the AI tool created by Zuckerberg) will employ Internet of things(IoT) to communicate withother devices.It and its kin combines internet’s knowledge and sensor datato solve problems and make life easier for humans by automation.

Whether it be customer service/FAQ or online marketing or a friendly autonomous chat with a machine, chat bots are king. Right now Chatbots are fed with data and programed, so that they understand user language/typing and provide intelligent answers.

They are being used in sites to record user data, automatically reply to customers, provide required data from servers and our favorite providing outright live support. We hence see a trend of AI taking up jobs that previously could only be done by Humans.

It is usage of machine intelligence to figure out solutions to complex problems in ways humans won’t think or can’t think. This employs use of unlabeled datasets (data without any property specified to the AI) that are filtered through neural networks of AI programmehaving some form of algorithmic function on these layers.

After each layer processes the data, some property or feature is extracted from the object. This can be un-supervised or supervised learning of AI. Through deep learning more processing and data about the object can be obtained and hence an effective way to study and predict data sets arising from natural and mathematical phenomenon.

4) The grid and static site generation

Data required your website are fed into an AI called “MOLLY”. Molly becomes your personal website designer and developer and will be at your assistance 24×7. Molly can redesign your website any number of times and learns what you like and don’t. This is no daydream, the project is called The Grid. Static Site generation also employs AI but mostly manual selection is required & data feeding to get what is required through its service.

User provides information through forms and having a fluid GUI, grid is best we have for AI aided web development that is responsive across many platforms. But like other AI it lacks precision and creativity of humans. Until AI have that much amount of ingenuity and efficiency, you can use our experts to help you with Web-development.
5) Angular 2

Angular is a js framework that is open source and used to make webapps and web sites using html and js. Angular 2 is a huge trendsetter as latter used technologies like jquery are slowly giving way to codebases that could run on multiple platforms and very cheap on resources.

Angular2 unlike its predecessor can be used to make prototypes of products faster and also share only small number of features with its predecessor, it is a better and new framework. Other js libraries that are trending include node, ember, react etc.
6) VR & AR

We saved best for the last, even though AI uses optical sensors, making a feast for human eyes of the virtual realm is literally another dimension stuff! Humans view world in 3 dimensions, VR creates 3D planes to create an illusion of another world. There are many apps out there that offer this 3D experience. VR can also be achieved on new smart phone devices that can be viewed through a 3D headset. Dedicated devices like Oculus Rift, HTC Vive, Sony PlayStation VR (here’s a comparison) etc., bring in some great experiences with VR.

Now VR was great but AR is by far something out of sci-fi movies and sometimes on steroids. Augmented Reality is superimposing a VR data onto a Real-world feed. This has some cool tricks, it can be used with face/object recognition and AI software that can do actions according to what is in front of you. For example, reaching certain points on the street bring up ads or good restaurant locations or meeting a person will give you his social media and biography or HUD s (yeah, that sci-fi equipment is a reality now). Other Industrial uses include real-time scanning or visualization of datasets in 3D planes generated just in front of you with the plus side of interacting with it using some form of tool like YII or similar controllers.

Visit our website to know more, give us a feedback and a find cool deals with us!
follow links:
http://www.responsivedad.com/